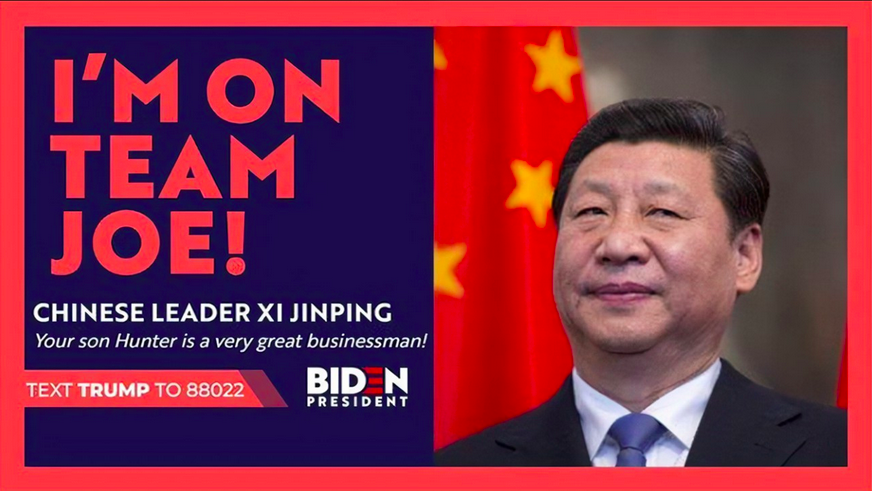 Biden and His Democrats’ Solar Sell-Out to Communist China

Remember when some of us were more than a little concerned about Hunter Biden’s billions of Communist China dollars perhaps influencing his “Big Guy” father’s gig as President?

Hunter Biden and China: A Timeline of His Business Dealing

How Biden’s Son Got $1.5 Billion from China

Chinese Elite Have Paid Some $31M to Hunter and the Bidens

I’m sure Communist China thinks their investment in the Bidens was well worth it.

Why Is Biden Appeasing China?

The Bidens make the Republican Party’s attempts to run against them exceedingly easy.

But the GOP should expand their target list.  Because many, many Democrats in Congress have also been selling US out to China.

It’s Not Just Eric Swalwell. Many American Politicians Are Owned by China

China Owns Us All

China “Owns” Us: How The Chinese Are Buying Up America

All of which leads to one inexorable conclusion….

Biden, Democrats and China Are to Blame for America’s Stagflation Mess

Nigh wholly accurate (there are Republicans selling US out too).

You might think DC has run out of American parts to sell by the pound to China.  We’re not quite there yet.  This week….

Biden Wants the US to Be Dependent on China for Solar Energy:

“President Joe Biden is…stabbing domestic (solar) manufacturers in the back by announcing a two-year ‘bridge’ that will stop the Department of Commerce from imposing new tariffs on solar panel component imports.

“This isn’t a compromise solution as the president has claimed – it’s a victory for Chinese corporations.

“Just last week, the Commerce Department launched an investigation to determine whether Chinese corporations are circumventing American tariffs by funneling goods through third-party nations, such as Cambodia, Malaysia, Thailand, and Vietnam….

“If the Commerce Department’s investigation discovered a circumvention of American laws, the right move would be to ensure compliance with our tariffs. However, Biden’s new order would give a pass to Chinese companies funneling solar components through other countries.

“In other words, he is instructing his administration to ignore possible breaches of American trade law by our primary economic rival – a decision that is both short-sighted and dangerous.”

Biden’s solar sell-out is but the latest move in DC’s decades-long war against American manufacturers.

Are his Democrats missing an opportunity to help China?  Heavens no.

What these “moderate” Democrats are doing – is siding with China in its cold war with America.  Meet the “New Democrats” – same as the old Democrats:

“The ‘New Democrats’ are the largest voting block in the House – and include many vulnerable frontline members….The group is calling on the Biden Administration to do more – especially on tariffs on Chinese goods.  They think the White House should move aggressively to get rid of them.”

This Biden-Democrat nonsense has to be at least in part an attempt to counter a growing bipartisan push to, you know, oppose China’s domination of our nation.

“Momentum is building on both sides of the aisle to come up with a measure to penalize imports of high polluting goods….”

But instead of protecting America?

Biden and his “New” Democrats want to return to DC’s half-century of fake “free trade.”  To go back to allowing China and the rest of the planet to gut our nation.

Because why should the US manufacture anything anymore?