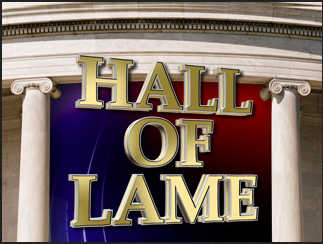 As we observed at its outset, the Big Government China Virus shutdown of the US economy was going to be exceedingly awful for small business – but very, VERY good for Big Business.

And so it has been….

But of course: As Big Tech was buying many thousands of companies – in the largest consolidation of market power in human history?  They were also buying ever more control of Big Government – and all of Big Government’s DC attendants.

How Much Money Does Big Tech Give Out to Think Tanks?

Why Is It So Hard to Regulate Big Tech?

But it’s all a really bad high school musical.  Nothing substantive ever actually happens.  No laws actually pass.  And that’s because DC’s alleged representatives of We the People – actually represent Big Tech.

Oh: And, of course, DC’s denizens cash more than just campaign checks.  They certainly knew who would benefit from their unconstitutional pandemic lockdowns – and they got in very early on their Big Tech (and Big Pharma) gravy train they were driving.

So DC never actually does anything Big Tech doesn’t want.  And because most Big Tech companies make most of their money by mass-collecting our digital data – and then mass-monetizing it….

All of the idiocy above also explains the idiotic continued existence of Section 230 of the 1996 Communications Decency Act (CDA).  Even more idiotic – when you consider most of the CDA not related to Section 230 was immediately dumped by the Supreme Court in 1997.

Why does Section 230 – the ONLY Internet law on the books – still exist, you ask?

“(I)nternet companies – everything from social media platforms to online retailers to news sites – are generally not liable if a user posts something illegal.”

“This is anti-Fourteenth Amendment un-equal protection before the law – that no one else in the history of the country has ever received.

And in practical reality, Section 230 was never actually necessary:

“And if the movie house did sue, their idiotic case would be quickly dismissed by 99.9 percent of existing judges. Because most people with an IQ above nine know that YouTube isn’t responsible for third-party actions – so long as they reverse the offending third-party actions.

So the giant lie that Section 230 created “the Internet as we know it” – told for very many years by very many Big Tech mouthpieces – is a giant lie….:

Section 230 Created the Internet As We Know It. Don’t Mess With It

All About Section 230, A Rule That Made the Modern Internet

Section 230: The ‘Most Important Law in Tech’

“(T)rillions of dollars of Internet commerce will continue to take place without Section 230.

“And there are all sorts of things we should change as we know them. Government schools, for example.

“Section 230 did create the Internet COMMENT SECTION as we know it. Which is the Internet’s sewer. And social media is nothing more than glorified comment sections.”

Where in the world would we be without the Socratic wit of Internet comment sections?:

“‘But social media…will go away without Section 230.’

“If social media requires this much cronyism to even exist – and they have become TRILLION DOLLAR COMPANIES with the cronyism – then they should definitely go away.

“Or are all Big Tech-Section 230 defenders – libertarians and conservatives included – now for government cronyism? Do we all now also support fake energy wind and solar subsides – without which fake energy would all go away?

It is just this kind of absolute, absolutely ridiculous, anti-reality fealty DC has for sale.

And Big Tech has been buying huge….

Big Tech IP Theft: We Get a Second…