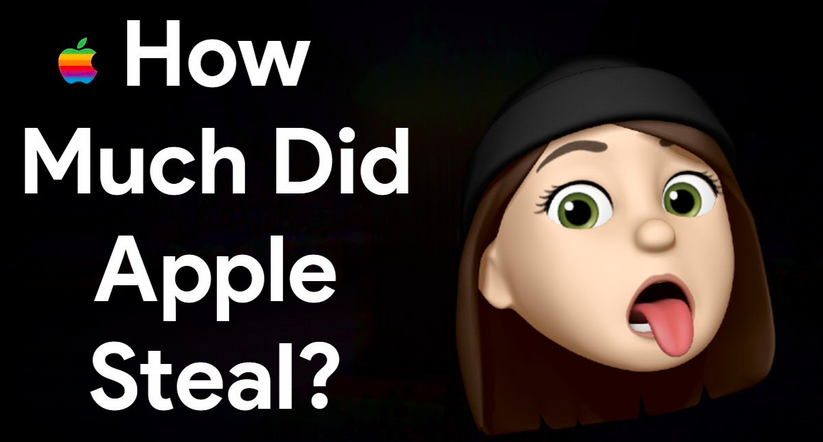 Big Tech Apple is at it yet again.  Trying to steal other people’s stuff – for which they can quite easily pay.  And now repeatedly asking the Supreme Court to help them do it.

“Apple Inc. urged the U.S. Supreme Court to review a Federal Circuit ruling barring it from appealing patent office decisions on two Qualcomm Inc. patents after a global settlement between the parties.”

Then in late April….

“Apple Inc. is doubling efforts to get the U.S. Supreme Court to review whether it can appeal patent board decisions that upheld certain Qualcomm Inc. patents, even as the justices already await the solicitor general’s views on the matter.”

“The brief by U.S. Solicitor General Elizabeth Prelogar said a federal appeals court was correct to rule that Apple lacked standing to continue efforts to cancel two Qualcomm patents after reaching a global settlement with the chip maker.”

Wait – that is the second mention of an agreement between Apple and Qualcomm regarding Apple’s theft.  Because there was an agreement.

“‘Apple Paid Up to $6 Billion to Settle with Qualcomm:

“‘Apple paid a high price to end a bitter legal battle that spanned multiple continents and threatened Apple’s ability to release a 5G iPhone and put pressure on Qualcomm’s licensing business model that contributes over half of the company’s profit.’”

Apple’s illegal, larcenous obstinance was in fact many additional years in the making….

Apple finally cut a deal – admitting they were wrong.  But now Apple is asking the Supreme Court to get them out from under the deal they themselves struck.

A deal which got them out from under the looming court losses they faced – because they did not pay for the deals they struck for Qualcomm’s chips.

Perhaps Apple (Market Cap: $2.42 trillion) should pay the infinitesimal amount Qualcomm (Market Cap: $156.5 billion) charges Apple for its stuff.  Rather than trying to steal it.

Why Is Big Gov Spending So Much on…