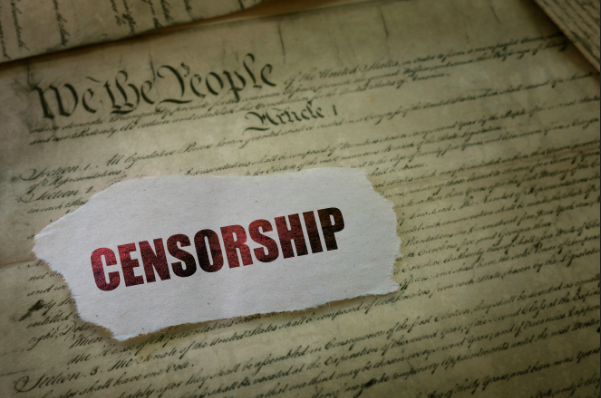 “The Zeitgeist long ago inaccurately-but-successfully ascribed fascism to the Right.  Here’s the 1983 edition of the American Heritage Dictionary doing exactly that:

“‘A system of government that exercises a dictatorship of the extreme right, typically through the merging of state and business leadership, together with belligerent nationalism.’”

This “of the extreme right” nonsense never made any sense.  People on the right want to shrink government to make room for business – not grow government and merge it with business.

That sounds like The Left to me.  And so it is – yet again here in the US.

As always, this is exceedingly unhelpful – to all but Big Gov and Big Biz.

Big Business Is Killing Innovation in the U.S.

Our Tech Overlords Have Forsaken Innovation for Consolidation

Social Media Use and Depression in Adolescents

“The Creepy Line reveals the stunning degree to which society is manipulated by Google and Facebook and how they do it.”

“Get an insight into how dangerously social networking impacts humans as the technology experts sound an alarm on their creations. The Social Dilemma is a 2020 documentary drama hybrid…(that) focuses on social media’s exploitation of its users for financial profit through data mining and surveillance capitalism. The drama follows how social media’s design aims to cultivate an addiction, its use in politics, how it affects mental health, its role in spreading conspiracy theories….”

“Google, YouTube and other tech giants filter, suppress and even directly attack conservatives.”

“Well, Microsoft spent more than $2 billion and many years trying to get Bing search competitive with Google search. Bing is currently at 1.2% of the search market – and they sell all the data they collect to Google.

“Google started Google+ to compete in the social media market. How’d that go?

“‘(B)ringing an end to the company’s attempt to directly compete with the likes of Facebook and Twitter.’

“Big Tech can’t compete with Big Tech. How the heck is anyone else going to do so?

“Well, Parler attempted to do so. And their business model is – pledging not to censor conservatives. And it was working.…

“But of course Big Tech won’t stand for that.

“The Apple iPhone and Google Android phone control over 99% of the US cell phone market. If you ain’t in their app stores – you’re nowhere.

“And thanks to Amazon – Parler is now literally nowhere.

“And Big Tech Web hosting – is doing what Big Tech does.

None of this sounds like a free and fair market, now does it?  And Big Gov’s antitrust trust-busters?  Did absolutely nothing about any of it.

“Censorship” is Big Gov’s purview.  It is to them the First Amendment applies.  Not to Big Tech’s private platforms.

Except when this starts to happen.

“This is anti-Fourteenth Amendment un-equal protection before the law — that no one else in the history of the country has ever received.

“Why do the biggest and richest companies in the history of Planet Earth get government-imposed blanket third-party-action immunity?

Oh: And Section 230 was never, ever necessary:

“There is ZERO actual need for Section 230.

“And if the movie house did sue, their idiotic case would be quickly dismissed by 99.9% of existing judges.  Because most people with an IQ above nine know that YouTube isn’t responsible for what third-party actions – so long as they reverse the offending third-party actions.

“So there is ZERO actual need for Section 230.”

Section 230 is the greatest crony gift in the history of cronyism.  And it was never, ever necessary.

But Big Gov won’t repeal it – because Big Tech wants it.

And to sweeten the cronyism pot and further muddy the waters?  Big Tech is now asking Big Gov to erase the censorship line – and go full fascist.

YouTube CEO: Government Should Pass Laws Restricting Free Speech ‘That We Can Implement’:

“(A)s social media has become the default ‘town square,’ we are hearing more and more calls for Congress to pass laws that would restrict Americans’ fundamental right to freedom of speech on social media platforms.

“For example, YouTube CEO Susan Wojcicki recently admitted, ‘I think governments can always – our recommendation if governments want to have more control of online speech is to pass laws to have that be very cleanly and clearly defined such that we can implement it.’”

Big Tech asking Big Gov to use Big Tech for censorship?  Is censorship.  It’s also uber-fascism – and the death knell for our nation.

Biden’s SOTU: Where He Yet Again Tells Us…