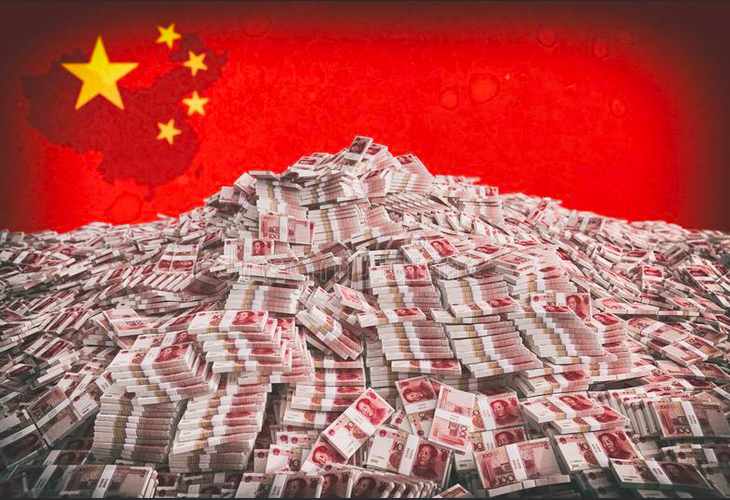 The Zeitgeist is demanding the total evacuation of Russia by every government and business on the planet.  A blanket boycott of all things Cyrillic.  No business dealings.  Massive sanctions.  As the response to Russia invading its neighbor Ukraine.

Never mind that these things never, ever work properly.

Why Sanctions Don’t Work, and Why They Mostly Hurt Ordinary People

And I wish the US cared one tiny fraction as much about the lawless US southern border – as it is pretending to care about the Russia-Ukraine border.

Oh: And currently on the planet there are numerous other border skirmishes.  About which the Zeitgeist couldn’t care less.  Or worse.  Here’s a couple….

Saudi Arabia invaded Yemen in 2014 – as a part of a Yemeni civil war that still rages.  And we’ve been helping Saudi Arabia – the invader, not the invad-ee.  And in the bramble-bush thicket that is the Middle East – that puts US on the same side as Al Qaeda.  The Zeitgeist has done its very best to ensure you know none of this.

Which brings us to Communist China.  The ChiComms have a long history of invading their neighbors.

1949 Annexation of Xinjiang by the People’s Republic of China

1952 Annexation of Tibet by the People’s Republic of China

Once invaded, things quickly get worse for China’s newest possessions.

In Xinjiang – are the Uyghurs….

How have the ChiComms treated the Tibetans?  Three guesses – the first two don’t count.

And looming on the very near horizon – is Taiwan.

China is helping Russia – and is contemplating helping more.

Biden Shared Intel with China — and China, Naturally, Shared That Intel with Russia

U.S. Doubles Down on Claims China Will Help Russia in Ukraine

The Russia-China Trade Relationship Is ‘Only Going to Deepen’

Here’s where The Zeitgeist’s hypocrisy really kicks in.  While they have been incessantly preening in their call for total Russian excommunication?  They have done and said NOTHING about China’s decades’ worth of MUCH worse and more numerable bad actions.

And guess why?  If you said “Money”….  As we noted at the outset of this Russia nonsense:

“All these companies preening about Russian boycotts and divestitures?  Will do none of the above when China takes Taiwan.  Because Russia is a weak sister – and can’t bribe them China-style.”

The Zeitgeist will also do nothing to China should China directly counter everything The Zeitgeist does to Russia.

Russia is, as noted, a weak sister.  They have a basically non-functioning economy – outside of the petroleum on which they stand.  They are a gas station – with a country attached.

They haven’t been able to afford to spend the last several decades mass-bribing the US and the rest of the world.  You know, the way China has.

Bribing the World, With Chinese Characteristics:

“(T)he government of one country bribes the rest of the countries of the world in order to influence their attitudes and behavior.”

The US has long been omni-directionally poisoned:

“The Chinese Connection: From the Clintons to Biden, Inc.

“Like With Hunter Biden, McConnell And Pelosi Are Beholden to China Through Family Business Deals

“How Diane Feinstein Achieved a Net Worth of $58 Million

“Eric Swalwell and the Spy: A Lesson in How China Is Undermining Us

“Chinese Investments in the United States:

“And all of China’s purchased-from-the-US domestic latitude leads to China’s stolen-from-the-US international latitude.

“Lather, rinse and repeat all of this US idiocy for decades….”

And The Zeitgeist’s China corruption is a two-way street.  China famously has more than a billion inmates.  Oops – I mean people.  Whom our amoral Big Businesses view as nothing more than a massive, captive audience for their stuff.

The ChiComms demand all sorts of morality sell-outs by these companies – before the ChiComms will allow them access to their prison population.  Big Businesses the world over readily comply with all of them.

And no sector is quicker to sell out the peoples of the US and China to the ChiComms – than is Big Tech.

Because Big Tech is all about the government cronyism – all over the world.

Here in the US, they bribe the daylight out of DC – and get all sorts of crony government gifts.

Net Neutrality: Which outlaws Big Tech paying for the titanic amounts of bandwidth they use.

Universal Service Fund tax exemption: A tax imposed in the name of expanding Internet access for poor people.  From which Big Tech benefits mightily – but for which they pay nothing.

To gain access to China’s 1+ billion prisoners, Big Tech happily submits to the Communist regime’s many demands.  Including selling US out time and time again.

Big Tech Cozying Up to China

US Big Tech and Their Contribution to China

And of course: Big Tech perpetuates its total fealty to Communist China – while simultaneously joining the pullout preening in Russia.

If you guessed “Money”….

Much Easier to Maintain a Domestic Industry –…