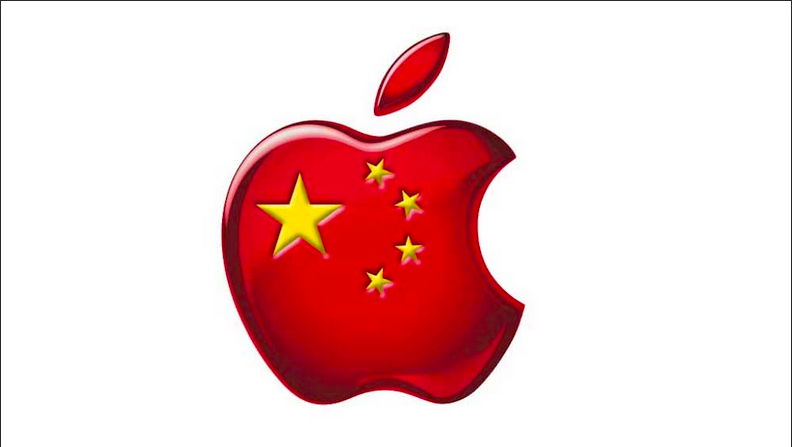 DC and their fellow Elites’ sell-out of our nation LONG ago reached exceedingly nauseating levels.  By which they have all made trillions of dollars – but for which nigh none of them have paid any price whatsoever.

Big Tech mega-monster Apple LONG ago sold out American workers – and basic human decency – by having much of their manufacturing done by slaves of the Communist China state.

That not being damaging enough to our nation?  Apple is now also selling out our national security.

“To reach this goal, it funneled at least $24 billion to the entity through state-owned slush funds designed to evade World Trade Organization rules against state aid.

“YMTC has grown from 1 percent of global market share for NAND memory chips in Q1 2020 to 5 percent today and is on track to reach 13 percent market share by 2027….”

We dominate the planet’s chip tech.  Meaning the information that makes the chips valuable.

So while we long ago idiotically outsourced to China chip manufacture?

We have long led the planet in what goes on the chips.  Which China knows – and has long been aiming to end.

National Security: US Needs to Stop Singapore’s Gordon Gekko from Handing the Internet to China:

“Singapore’s corporate raiding Gordon Gekko – is a man by the name of Hock Tan. And his pirating company is Broadcom.

“Tan and Broadcom do in real life – what Gordon Gekko did fictitiously. Execute hostile takeovers of companies – and then break them into tiny pieces and sell them off.

“And Broadcom has set its destructive sites – on United States innovation dynamo Qualcomm.

“Qualcomm does the vital, very expensive work that is Research and Development (R & D)….And their decades of doing so – has made them extraordinarily good at it….

“Qualcomm invented the way cell phones connect to the Web. The font of the hundreds of billions of dollars of economic activity and incredible life-advancing that has followed. In fact, without Qualcomm innovations – your cellular phone would basically be a glorified, very skinny rotary phone.”

In case you were wondering: Yes, Taiwan’s Broadcom is yet another China cat’s paw….

Apple already had in common with China a lot of screwing Qualcomm….

“In February 2017, iMonster Apple stopped paying Qualcomm for the patented technologies Qualcomm invented – and Apple used in their wireless devices.

And Apple is STILL trying to get out of paying for the Qualcomm tech they used.

When Apple’s Request Is Even Too Stupid for the Biden Administration:

“‘The brief by U.S. Solicitor General Elizabeth Prelogar said a federal appeals court was correct to rule that Apple lacked standing to continue efforts to cancel two Qualcomm patents after reaching a global settlement with the chip maker.’”

And now Apple is – rather than continuing to use Qualcomm’s planet-leading chips – instead partnering with Communist China’s military.

Oh: And Apple has already proven they will try to steal Qualcomm’s tech and have someone else replicate it.

“‘Qualcomm Inc. added yet another layer to its ongoing legal battle with Apple Inc. by accusing the iPhone maker of stealing software and tools to help improve chips from rival Intel Corp.’”

So anyone with an IQ above 9 on a warm day has to wonder if Apple will also steal Qualcomm’s software and tools – to help improve chips from Communist China’s military.

Which is outstanding news for our national – and global – security.

It is disgusting how many trillion-aires are willing to screw the US – you know, the country that made them trillion-aires – simply for even more money.

How many yachts can you water ski behind, Tim Cook?

We’ll close with your Joke of the Day:

Biden and His Democrats’ Solar Sell-Out to Communist…