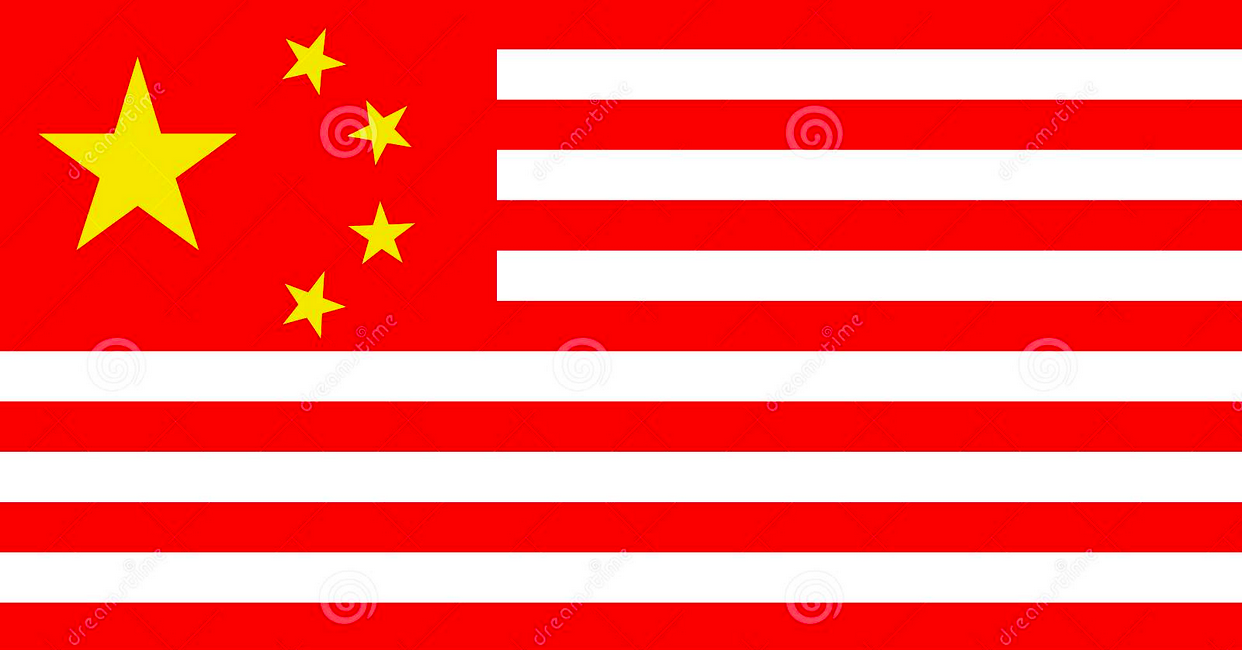 DC’s fake definition of “free trade” – and its nigh total sell-out to Communist China.

Here’s most of the first:

“Sens. Tammy Baldwin (D-Wisc.) and Mike Braun (R-Ind.) sent a letter on Thursday to Department of Commerce Secretary Gina Raimondo, calling for an investigation into whether Chinese-made masks and related products are being sold in the United States at unfairly low prices.

“The senators charged that ‘unfair competition [from China] is putting significant financial pressure on American manufacturers, driving many out of business, and threatening, for example, our ability to scale up the production of high-quality masks, such as N95 respirators, in the event of a new variant.’”

Let us pause a moment – to revel in a moment of actual DC mental clarity and acuity….Ok….

China absolutely does all sorts of anti-free trade, anti-competition, anti-humanity things.  With each and every product they make and sell to US.  All of these Chinese actions serve as subsidies to their stuff – which artificially favor their stuff.  All of which screws everyone in the US making our stuff.

How Chinese Subsidies Changed the World

The Real Victims of China’s Subsidies:

“The United States has complained about China’s use of subsidies and other protectionist trade measures to promote its advanced manufacturing and other high-tech industries. But Beijing is also making use of heavy subsidies and trade-distorting policies in agriculture and fisheries — two sectors of critical importance to the developing world.

“Agricultural subsidies in richer countries give their farmers an unfair advantage in global markets, depressing prices and undermining the livelihoods of farmers in the developing world. Historically, the United States and the European Union were the chief culprits but China’s agricultural subsidies now vastly exceed those of the traditional subsidisers.

“In 2016, China provided an estimated US $212 billion in subsidies and other forms of trade-distorting support to its farmers, significantly more than the European Union (US $100 billion) and the United States (US $33 billion).”

Of course, China’s subsidies hurt EVERYONE besides them.  The poor are hardest hit – because the poor are always hardest hit.  Being truly poor is rarely easy or fun.

The point is: China’s global dominance of most things is the result not of free market practices – but massive government subsidies of all sorts.

China Is the World’s Manufacturing Superpower

Why China Is ‘The World’s Factory’

“When it comes to the global sugar trade – Brazil is already the worst of all actors:

“Brazil subsidizes its sugar industry to the tune of more than $4 billion per annum.

“Think that massive subsidization doesn’t help them on the global market?

“There are more than 100 nations that hawk sugar internationally.  Brazil – thanks to its huge government help – controls more than half of the entire market.

“Nothing ‘free’ about that trade.”

$4 billion per annum in subsidies just for sugar – is a LOT.  I can’t imagine why Brazil dominates the planet’s sugar market.

So we absolutely must impose tariffs to offset the egregious damage being done to US.

“The slavery is real – and an abomination.

“So too is the irony of China using cheap, real energy coal – to make expensive, ‘green energy’ solar panels cheaper.

“And then China further subsidizes the heck out of the panels – to further undercut everyone everywhere else.

“In response to all of this fake ‘free trade’ behavior – we impose extra import duties.”

As we absolutely should.  Except – uh oh….

Biden and His Democrats’ Solar Sell-Out to Communist China:

“‘President Joe Biden is…stabbing domestic (solar) manufacturers in the back by announcing a two-year “bridge” that will stop the Department of Commerce from imposing new tariffs on solar panel component imports.

“‘This isn’t a compromise solution as the president has claimed – it’s a victory for Chinese corporations.’”

Speaking of DC selling US out to China?  Let us now peruse Politico’s second story-lette….

“Six House Democrats wrote to Biden on Friday, asking him to lift at least some of the Trump-era tariffs on imports from China, particularly for products used in shipping and transportation.

“‘Other products that are critical to shipping logistics, such as various train and truck parts, are also impacted by Section 301 tariffs, exacerbating shortages and driving up shipping costs,’ they added.

“The lawmakers’ request for targeted relief for logistics and transportation also comes after messaging from the administration that the tariff decision will not be an all-or-nothing choice.”

These two Politico stories exist in a self-awareness-and-irony-free zone.  China’s subsidies are ruining domestic mask manufacturing – but not any other domestic manufacturing?  So we must tariff mask imports – but get rid of tariffs on everything else?

This makes zero sense.  But this is DC – the sense-free zone.

The Democrats Are in Bed with China, Literally

Patent-Stealing China and Big Tech Are the Biggest…