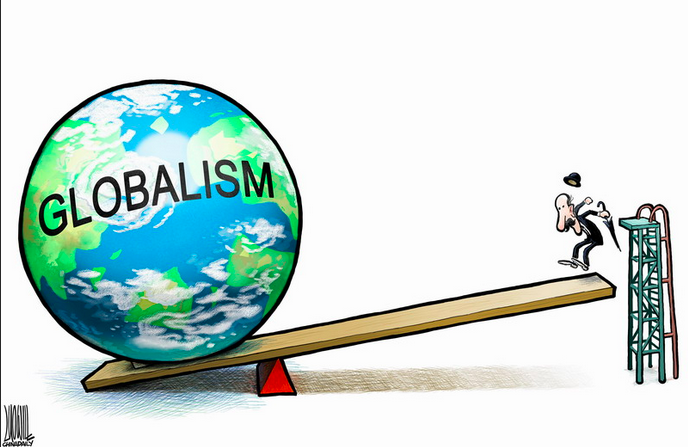 DC is Ukraine – Just Another Money Laundering Operation for Globalists

DC is no longer about representative governance of the United States.  DC has become Ukraine – just another money laundering operation for Globalists.  Our money goes in – and when it comes out it’s their money.

Donald Trump began to reverse DC’s America Last policies.  Which immediately and spectacularly improved the lives of, you know, Americans.

“(S)ay the $42 billion in tariffs we have paid were split equally over the two years.  That means $24 billion in 2019.  Which is approximately 1/1000th of last year’s Gross Domestic Product (GDP).  The tariffs paid – aren’t even a rounding error. Not even a mini-blip on the radar.

“And the US economic payoff from that $42 billion in tariffs – has been the best US economy in decades.  Thanks to phenomenal economic, wage and stock growth….

“I’d call that a mind-bogglingly remarkable return on our investment.”

Trump’s TINY tariffs – resulted in MASSIVE US economic growth.  But We the Citizens benefited – the Globalists did not.  So DC is continuing to work to ensure that error is corrected.

DC began to reverse Trump’s America First policies – even before “2000 Mules” did their dirty work.

Communist China is, of course, a fundamental component of the Globalists’ money making machine.

China offers the cheapest labor (since you don’t have to pay slaves).  China offers lots and lots of bribes to companies that go from here to there.  And, of course, you can’t sell to China’s 1.2 billion purchasers – unless you first sell-out to China’s government.

So decades’ worth of Globalists have sold US out – to get in on the China gravy train.

Many of Trump’s minuscule tariff dollars were imposed upon China.  Because Trump understood the scam.  Since Trump departed, DC’s Globalist scammers have been demanding Joe Biden get rid of Trump’s China tariffs.

And Biden is beginning to acquiesce.

Biden and His Democrats’ Solar Sell-Out to Communist China:

“You might think DC has run out of American parts to sell by the pound to China.  We’re not quite there yet….

“‘Biden Wants the US to Be Dependent on China for Solar Energy:

“‘President Joe Biden is…stabbing domestic (solar) manufacturers in the back by announcing a two-year ‘bridge’ that will stop the Department of Commerce from imposing new tariffs on solar panel component imports.

“‘This isn’t a compromise solution as the president has claimed – it’s a victory for Chinese corporations.’”

“(B)usiness lobbyists say that right now is their best chance yet to convince Biden to lessen or outright ax China tariffs first imposed by the Trump administration in 2018 and 2019.”

Cutting Trump’s $20-or-so-billion in America-protecting tariffs – will do NOTHING divided up amongst 330 million Americans.  Because math.

But it will do a LOT to further line the pockets of DC’s Globalists.