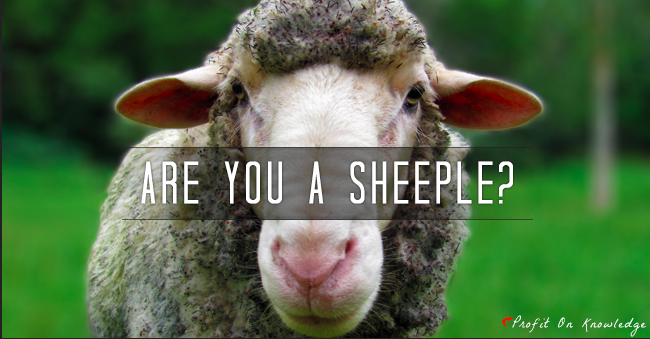 Foreign and Domestic: The Sheeple Remain Steadfastly Impervious to Reality

The Powers That Be recently saw that We the Sheeple had finally awoken to the fact that the China Virus “pandemic” was much less a health problem – and much more an authoritarian Powers That Be problem.  Well, enough sheeple to become a problem for the Powers That Be.

So the Powers That Be supplemented their propaganda.  Gone was exclusive 24-7 flu-fear propaganda – now augmented with 24-7 Russia-Ukraine propaganda.

We the Sheeple were for two-plus years incessantly told a virus with a 99+% survival rate was justification for sweeping, massive government power grabs.  We finally became fed up with that nonsense – so we have been delivered new nonsense.

Putin Wants to Bring Back the Soviet Union. We Must Not Allow That to Happen

“Russia is now a shambling, hollowed-out shell of its former self.  If this is high school – and life is high school extended – Russia is the Recording Secretary of the Chess Club.  The European Union (EU), meanwhile, is – relatively speaking – the football team’s middle linebacker.

“And we have a NATO to obligate US to go to war – to protect the football player from the chess player.  Government is stupid.”

Europe dwarfs Russia.  And it’s their continent – not ours.  Let them address that irrelevant-to-US border skirmish.

The US has spent the last many decades picking up the ridiculous slack of every other NATO member.  Shouldn’t we be tired of doing that by now?  Three decades AFTER the reason for NATO’s existence – ceased to be?

Of course and most unfortunately, this We the Sheeple ignorance is ubiquitous.  There is no facet of public policy – or life – safe from the rampaging incomprehension.

Even many alleged conservatives proudly, publicly declare their unconsciousness on a whole host of issues.

Why Conservatives Should Be Eager to Deter Putin on Ukraine

DC Rushes to Restore Globalist Fake ‘Free Trade’ – To the Great Detriment of We the People:

“The DC Republican Establishment specifically – and DC generally – shouldn’t be erasing (Donald) Trump and his policies.

“They should all be embracing them.

In Global Trade, We Need Equal Protection from All Governments:

“Every global trade participant state’s domestic laws and regulations – of course affect international trade.  If any state is engaged in unequal protection before the law – playing favorites amongst its domestic businesses – those businesses transmogrify those domestic advantages into international ones when they enter the global trade market.

“A state subsidizes a commodity, or emplaces tariffs protective of that commodity, or engages in any of a host of other domestic unequal protection – and that state’s commodity has a built-in advantage when it is brought to the global market.

“Round and round and round we go – and we end up with an international heinous patchwork quilt of stupid multi-government policy.

“The result – is anything but free trade.”

And the worst aspect of this all-encompassing awfulness?

“Tariffs and import limits – reduce our foreign sales.  Which of course damages our domestic producers…to a degree.

“But other countries’ subsidies – are stealth weapons killing us from within.  They are an innumerable armada of Trojan Horses – which we have been willingly bringing inside our gates.

“Because cheap stuff.  Because the Free Trade Uber Alles Crowd thinks nothing is more important – than cheap stuff.

“But we are a nation – with an economy.  Not an economy – with a nation.

“I’m all for trade.  Right up until it hurts our nation.

“When the health of trade and our nation are in conflict – the nation must prevail.

“That ain’t good for our nation.”

Into the teeth of all this Reality – flies yet another DC-based pseudo-conservative organization….

Lawmakers Should Show Some Love to Consumers and End Sugar Program:

“Large, politically connected sugar growers have never much cared for the prospect of inexpensive, foreign competition, and have lobbied hard to keep inexpensive sugar out of the country.”

Yes – because that “inexpensive, foreign competition” – is MASS subsidized:

“Brazil’s government gives its sugar industry every year more than $2.5 billion in cash infusions and other favors.  That’s a lot.

“Think that leads to a free global market?  Of course not.

“Which has led to an inevitable regulatory arms race – as every other nation tries to play catch-up: ‘(E)very country that produces sugar – more than 100 in total – has some form of government intervention.’

“That sound anything like free trade?  Of course not.  And, of course, you can blindfolded throw a dart at a list of globally traded commodities – and you’ll inexorably hit one that faces similarly rampant, unequal domestic cronyism, with a resulting global regulatory arms race.”

And these pseudo-conservatives want US to unilaterally stand down.  Ummm…that’s been tried.  Guess how it went?:

“To wit: The European Union (EU).  Who in the face of massive foreign (sugar) subsidies – did what some Americans think we should do: unilaterally disarm.  The results for the EU were catastrophic….

“‘The European job losses were…disastrous…ultimately (leading) to the closure of 83 sugar mills and the loss of 120,000 jobs.’

“The EU – having suffered so dramatically as a result of their titanic stupidity – returned to sanity:

“‘In a 2015 follow-up report about policy reforms, Chatenay found that sugar supports had been restored in the EU….’

Does the United States Make Anything Anymore?

We Don’t Make Anything Anymore

As we’ve said, we’ve been warning about this for a WHILE.

Why the Pandemic Has Disrupted Supply Chains

The Pandemic Has Revealed the Cracks in US Manufacturing

And here’s some additional excellent pandemic news.  Because, you know, you need drugs during a pandemic….

Your Pharmaceuticals and Supplements Are Made in China

That’s not at all a national security issue.

Speaking of: NOTHING is a more important US domestic manufacture commodity – than food.

National Security – and Growing Our Own Food

And yet the pseudo-conservative, Fake Trade Uber Alles crowd wants to destroy our domestic food production.

Only they are too ignorant to realize that’s what they’re doing. 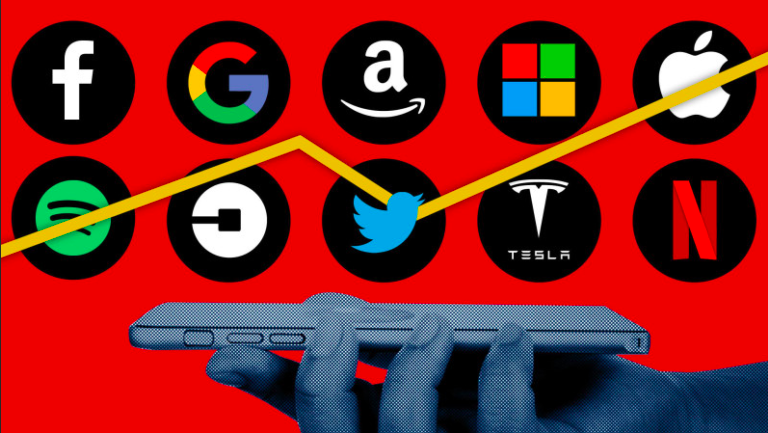 Why Is Big Gov Spending So Much on Broadband?…

We less government types have now spent a couple of decades opposing the government funding of Internet access. One reason?  The… 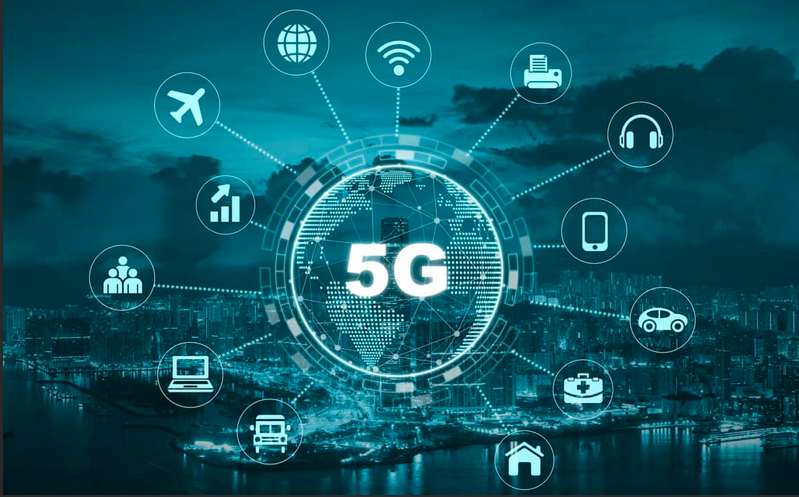 Net Neutrality vs Network Slicing: The Left Looks to…

Why do we keep discussing the titanically stupid policy that is Net Neutrality?  Because the Left keeps discussing it. Biden’s Call… 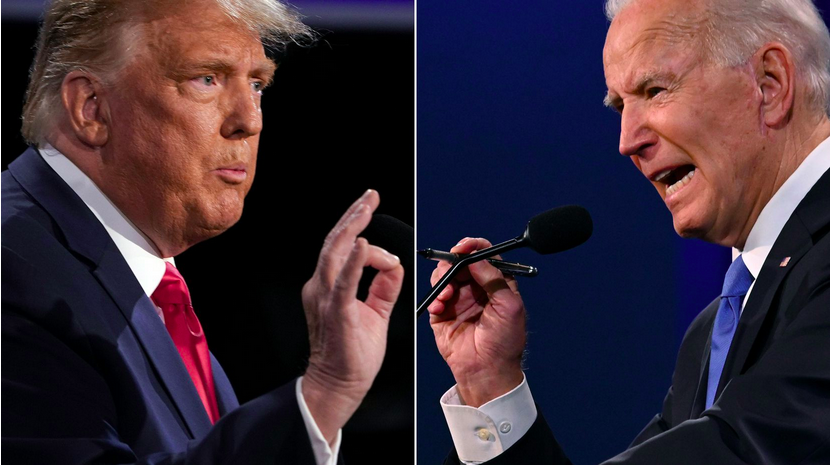