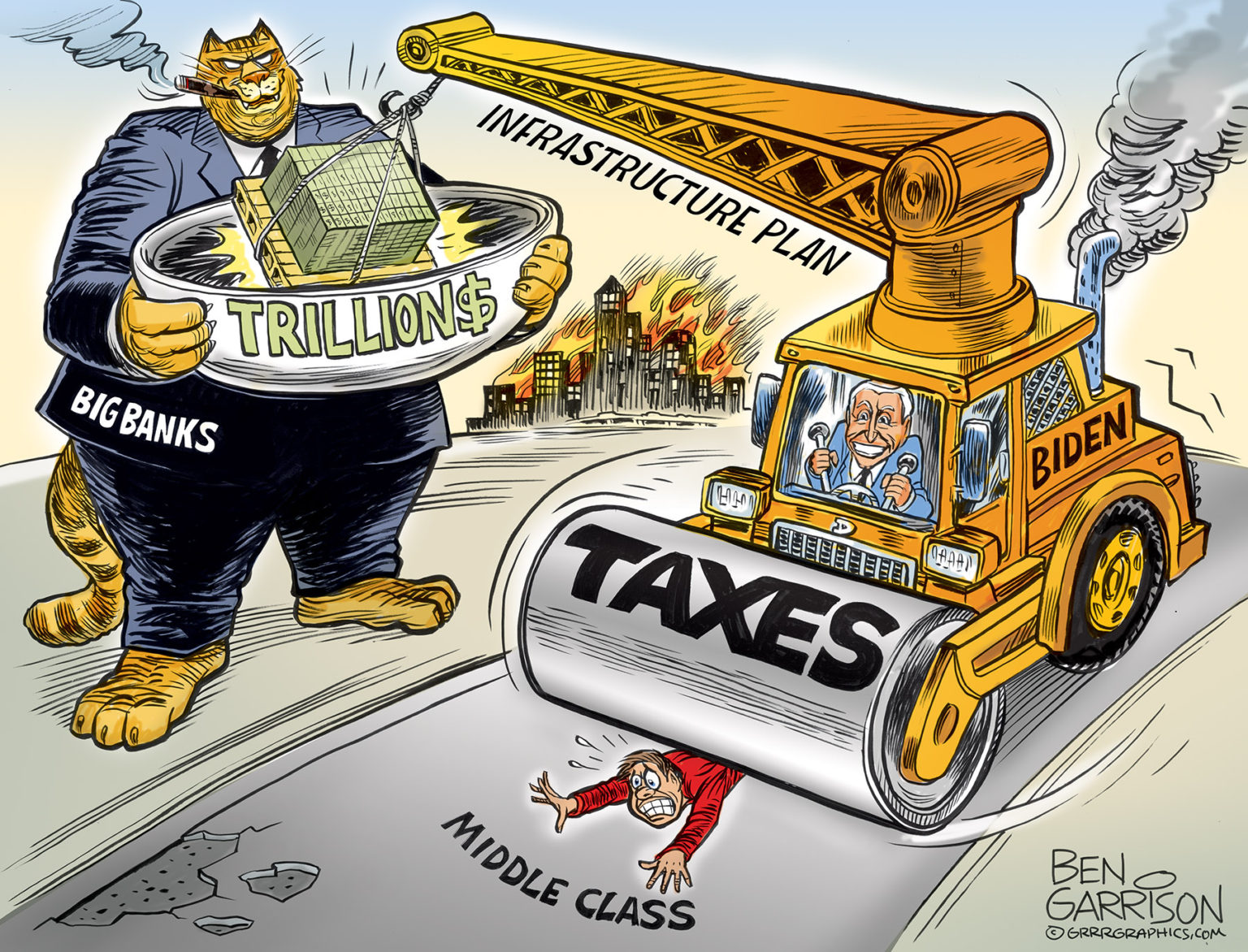 DC recently did this to us….

We desperately tried to prevent DC from doing this to us….

Both ‘Infrastructure’ Bills Are Atrocious – Republicans Voting ‘Yay’ Should Be Embarrassed

Omnibus: The Avalanches of DC Money Are All Problems

Included in all that government “Infrastructure” idiocy – was government Internet idiocy.

The Infrastructure Bill Has $65 Billion for Broadband Deployment

Coming Soon: Internet at the Speed of Government

“For decades, local governments have made promises of faster and cheaper broadband networks. Unfortunately, these municipal networks often don’t deliver or fail, leaving taxpayers to foot the bill. Explore the map to learn about the massive debt, waste and broken promises left behind by these failed government networks.”

All government cares about is money and power.  We the People are supposed to have the money and the power.  Government has spent many decades taking more and more of both from us.

“Last week, the GAO released a report which found that, despite spending billions of dollars on closing the digital divide, the federal government has no ‘national strategy’ to close the gap between Americans who have high-speed internet and those who do not.”

Get that?  Government spent many months debating the intricacies of the “Infrastructure” bill.  During which they debated how many billions they would spend on Internet connectivity.

All of this after many, many years of government already spending tens of billions on Internet connectivity.

And it thus far has never occurred to government to, you know, develop a plan on how to spend any of that money.

“New GAO report finds that the Administration has no national strategy guiding the federal government’s spending of billions of dollars on broadband infrastructure.

“That’s like turning the spigot on full blast and walking away from the hose.

“Taxpayers are bound to get soaked.”

While we were warning about government’s decades of broadband incompetence – so was Carr:

“For over a year, I have been sounding the alarm on the troubling lack of oversight and coordination when it comes to the federal government’s expenditure of hundreds of billions of dollars that Congress appropriated for ending the digital divide.

“I have written letters to federal agencies charged with administering those funds to seek assurances that taxpayer dollars are not wasted, and in several cases those letters received no response at all.

“I have testified about the worrying lack of coordination across federal agencies and their respective programs. I have spoken out about the absence of adequate tracking, measurement, and accountability standards….

“The Administration’s failure to put appropriate protections in place is troubling given both the volume of taxpayer dollars at issue and the importance of delivering on the shared goal of connecting all Americans….

“Spending hundreds of billions of dollars in an uncoordinated way only adds to the inflationary pressures that are already hitting Americans in their pocketbooks. Indeed, the failure to put a national strategy in place hampers efforts to build out broadband infrastructure at a point in time when telecom crews are already facing serious headwinds.

“Just last week, I participated in a broadband roundtable in South Dakota where providers stated that their costs to construct Internet infrastructure are up nearly 30% in light of inflation, rising fuel costs, supply chain challenges, and workforce shortages.”

All of this government idiocy leads to the inexorable….:

“The Biden White House, 13 House Republicans, and 19 Senate Republicans have touted the benefits of the so-called infrastructure bill. Breitbart News has cataloged the leftist, woke, and other carveouts in the infrastructure bill, which has little to no conservative victories in the bill despite its moniker as a bipartisan bill….

“The lack of a national strategy for broadband raises questions about the $65 billion allocated through the $1.2 trillion so-called bipartisan infrastructure bill, otherwise known as the Infrastructure Investment and Jobs Act.”

Well, some of us think anyway.

Because self-reflection is antithetical to government’s business model.