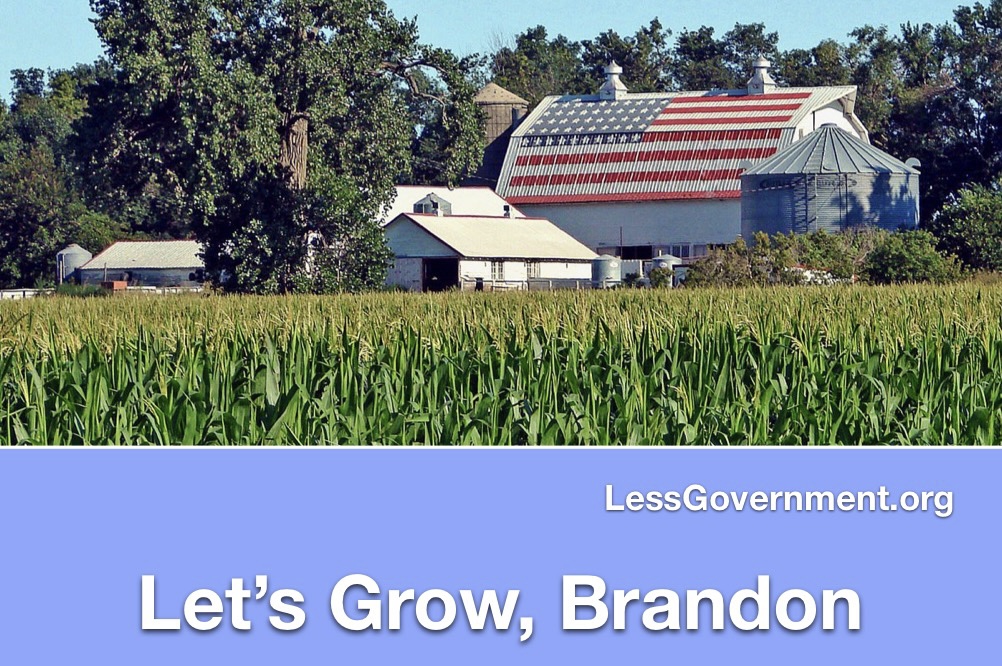 Let’s Grow, Brandon: Here’s What Our Farmers and Ranchers Are Up Against

We’ve spent the last half-century-plus mass exporting tens of millions of jobs – in every economic sector.

Immediately after World War II, we were the world’s manufacturer.  Then we gave it all away – to China and the rest of the planet.

We then had the audacity to act surprised when in 2020 the planet’s governments shut down the global economy in the name of the China Virus – and we immediately ran out of everything.

As we have continued to outsource our economy – and with it our middle class?  Things have only gotten worse and worse.

Our government’s policies – and the policies of governments all over the world – have become more and more anti-US.  Further and further exacerbating the problem.

Foreign governments impose strict limits upon what – and how much – we can send them.  And they mass-subsidize what they send us.

Meanwhile, we allow them to send us whatever they want – with virtually no restrictions or limits.  And give our manufacturers almost no subsides at all.

Global limits and restrictions create our ridiculous trade deficits.  Which undercuts our manufacturers.

Global subsidies further undercuts and destroys our manufacturing – because we mass import their mass-subsidized stuff.

Excellent news – all the way round.

Almost inarguably, the most important thing humans manufacture – is food.  Because you gotta eat.

Let’s take a look at how, shall we?

“Farm and food subsidies are worth an estimated US $700 billion a year globally.”

Relatively few are US subsidies.  Most undercut US food manufacturers.

Please also keep in mind: The planet’s strict limits on our stuff – dramatically limits the damage our comparatively paltry subsides do to their manufacturers.  Our unlimited import of their stuff – maximizes the damage their subsidies do to our manufacturers.

US agriculture manufacturers – thanks to our open borders – have to deal with being undercut by the other nations’ $585 billion in ag subsides.

And get this: US agriculture manufacturers – represent 0.6% of our nation’s GDP.  Which is $138 billion.

Get that?  The ag we import – is 1.5 TIMES LARGER THAN our ENTIRE ag sector.

And given how massively those imports are subsidized – is it any wonder our farmers and ranchers are suffering more than a little?

And are asking anyone who will listen for better government trade, energy and regulatory policies?

Fed-Up US Farmers Tell Why Government Will Put Them Out of Business:

“Within the next few months, the United States is projected to import more agricultural products than it exports for the first time in history — a worrisome development for America’s family farmers, who say government meddling threatens their livelihoods and the nation’s food security….

“Farmers all over…say they are being pushed to those limits by President Biden’s attack on energy,…foreign competition and other woes.”