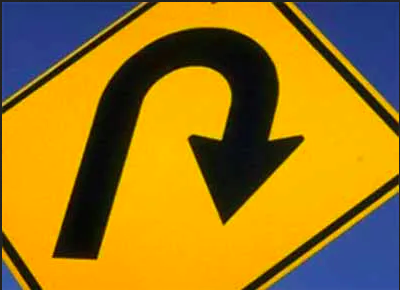 Our imploding nation is imploding for a million different reasons.  All of them man-made.  Most of them from government – many of them intentional.

One of the brutal body blows delivered by DC was 2011’s woefully misnamed “America Invents Act.”

“The America Invents Act (AIA) was the single worst disaster in the 226 year history of the U.S. patent system. The AIA did very real damage – enough to put many inventors out of business and discourage many others….

“Prior to the AIA, a patent was a highly valuable asset capable of attracting capital to startup new technology companies. The deck was rearranged by the AIA to radically favor infringers to the point that today, a patent is a liability. Both inventors and investors now associate a patent with high cost and high risk of even higher cost.”

“When I was first starting out developing technology I got lots of patents.  And I thought this was a good thing.  And then I sort of discovered that a patent was like buying a ticket to a lawsuit.”

Now, we aren’t mind readers.  But why do we think the awfulnesses of the AIA was intentional?:

“Of course, it was a great new law for the large multinational corporations who pumped hundreds of millions of dollars into Washington D.C. in the form of political contributions and funding for a massive public relations campaign centered on a patent troll villain.”

DC’s AIA-sell-out of the US was bipartisan.  Because of course.  Cue George Carlin:

“Is someone who owns a house and calls the police to roust squatters a ‘property troll?’  Is someone who reports their car stolen an ‘automobile troll?’”

“‘So-called “patent trolls” – entities that don’t actually make or sell anything but that instead buy patent licenses merely to extort settlements….’

“This is…just dumb. A patent is the inventor’s private property – to do with whatever he wishes.

“Up to and including…selling it to someone else.

“Who then enforces it – exactly as the inventor his own self would have. I.e. get paid for the use of their private property. Not ‘extort settlements.’

“Enterprise Rent-A-Car doesn’t make the cars they rent to us. They buy them from…the inventors. (A car being a rolling pile of patents, after all.)

“Patent troll” – is yet another US-destroying lie.  Repeated incessantly in service of the AIA’s broader lie – told to undermine the US patent system.

Well, in August – we were delivered a glimmer of DC legislative hope.…

“‘Senators Thom Tillis (R-NC) and Patrick Leahy (D-VT) today announced the introduction of the “Patent Examination and Quality Improvement Act of 2022,” which is aimed at “evaluat[ing] and improv[ing] the patent examination process and the overall quality of patents issued by the USPTO….”’

“‘The decades-long patent quality debate has been confusing at best, with some arguing that the term has been leveraged as a way of undermining U.S. patents to the advantage of Big Tech companies and China.’”

And now – we are being delivered another glimmer….

“Senator Chris Coons (D-DE) announced that he has come on as a co-sponsor of the Patent Eligibility Restoration Act of 2022.

“Senator Thom Tillis (R-NC) introduced the first draft of his bill in August, but had no co-sponsors at the time, which caused some to question the chances of the bill passing anytime soon.

“But tonight, Coons said he is happy to be a co-sponsor and both Coons and Tillis seemed optimistic about the prospects for intellectual property legislation in the next congress – no matter which of them ends up as Chair.”

This DC bipartisanship – and this bill – would actually improve things.

How pleasant – and highly unusual.

The Planet Using Communist China As Its Manufacturing…